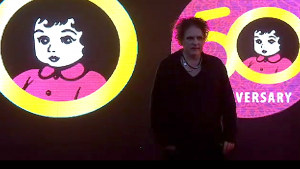 A bit late, but still before the end of the year and also of the decade, so I thought to be just in time for a look back at the final Cure gig of the 2010s in the Netherlands. Actually, it would be the last of only three Dutch shows in the past 10 years!

2019 was quite an eventful year for The Cure. They ended up playing 36 shows all over the world from March to October. 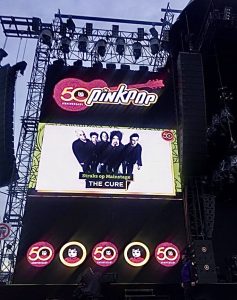 During the summer months the band headlined pretty much every major festival in Europe. The only bit on that tour where they had to perform for two consecutive days was right at the start. On Saturday 8 June The Cure played the Malahide Castle in Dublin, Ireland, which was the opening night of their summer festivals tour. The next day on Sunday 9 June they would headline the 50th anniversary edition of Pinkpop, the oldest pop festival in the Netherlands. A tight schedule.

Strangely enough, it seems this has something to do with Eminem. He was supposed to be Pinkpop’s Sunday headliner but cancelled in December 2018. For festival planning this can almost be considered as last-minute. So, when The Cure came into play for Pinkpop, the band already had other gigs scheduled. This also explains why the announcement in March still came as a bit of a surprise. Well anyway, lucky Cure fans.

The Dublin concert was quite a ‘heavy’ one. Particularly the main set was slowly being build up with atmospheric album tracks, fan favourites and surprises like Just One Kiss, Last Dance and 39. The question was: what were they going to do at Pinkpop? A more poppy show adapted to a huge crowd with lots of hits seemed the most likely scenario.

But The Cure surprised Pinkpop with almost exactly the same set as in Dublin, only leaving out Never Enough. Quite a bold move for a headline act at such a big festival. And it worked.

Not only the audience response was great, but – also remarkably – all (serious) press in the Netherlands were unanimously positive in their opinion of The Cure’s Pinkpop 2019 appearance. 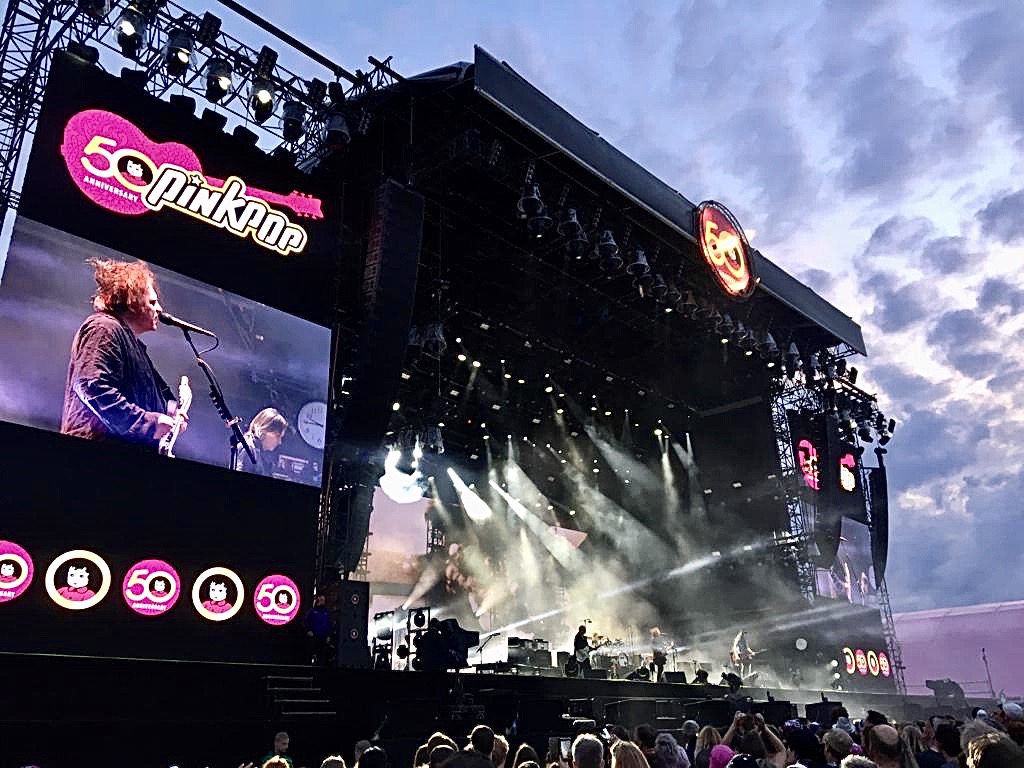 Amanda Kuyper wrote in NRC: ‘From light and in love to black, wallowing and gloomy. Extremely balanced layers that carry you into the deep (…). On the second day of Pinkpop, the British new wavers of The Cure gave a mighty musical concert, which will be remembered for a long time’.

Also Gijsbert Kramer used superlatives in De Volkskrant. ‘So many beautiful songs during the two hours and a quarter performance of The Cure, which was of a magnificent splendour’. In his closing Pinkpop report he called The Cure’s gig ‘truly phenomenal’. 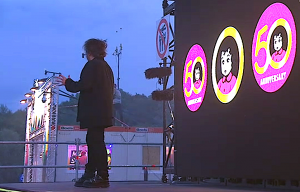 The moment of the gig has to be when Robert Smith walked all the way to the left side of the stage (from the audience’s perspective) during the long instrumental intro of Last Dance. He just stood there, dangling, waved a bit, and people went berserk. Some fans asked him to come down, but he looked at the stairs in front of him and gestured something like ‘too steep’. It reminded a bit of the funny walk he used to do on Plainsong.

The following gigs he kept doing his rediscovered walking about thing. But in Florence he had to run to his microphone to be in time for singing. After that he wisely chose to take a wireless mic on his walk. 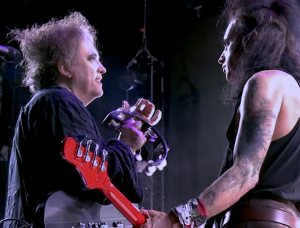 Another funny moment was at the start of Wendy Time, a not often played song. It looked like the band were a bit confused as to which was next on the set. In Dublin, after Fascination Street, they played Never Enough followed by Wendy Time. At Pinkpop they would skip Never Enough. But it sounded a bit like Reeves Gabrels went all out with his Never Enough guitar solo after drummer Jason Cooper ticked off for the next song. Robert and bassist Simon Gallup kept staring at each other for a while, until everybody realised they should be playing Wendy Time. Then all fell into place. 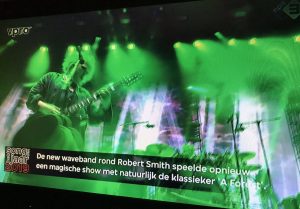 UPDATE: as of October 2022 the Pinkpop 2019 video of A Forest has been viewed almost 29 million times, more than the official video! Most views are from France and they seem to peak on weekends (thanks Inge).

In December, ‘Song of the Year‘, a sort of retrospective show on Dutch national TV with pop music highlights of 2019, broadcasted a bit of A Forest with accompanying text that the band again played a ‘magical show’ at Pinkpop. 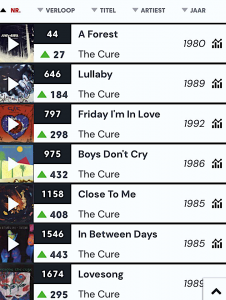 Festival director Jan ‘Mr. Pinkpop’ Smeets told local TV station 1Limburg he had worried if The Cure’s show wasn’t too long. All in all he was satisfied with the festival, save that the ticket sales were not in proportion to the expensive line-up. However, figures show that by far most tickets – 56.000 – were sold for Sunday (Cure day) as opposed to 41.000 for Friday (Mumford & Sons) and 47.000 for Monday (Fleetwood Mac). So, perhaps you could even say that The Cure once again saved Pinkpop just like they did in 1986 ;-).

Towards the end of summer popular Dutch-Belgian online platform Festileaks held a poll for a top 100 of the best festival acts of 2019. Over 13.000 people voted, and The Cure were chosen as second best (after The National).

The Cure’s successful Pinkpop performance probably also pushed their chart positions in the very popular annual Top 2000 radio show, which is being compiled from millions of votes. All seven Cure entries were climbers, with A Forest on the highest position: number 44. 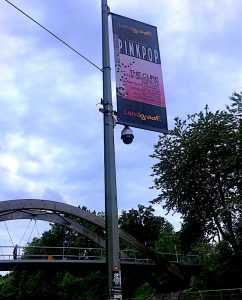 Shake Dog Shake, Burn, From The Edge Of The Deep Green Sea, A Night Like This, Pictures Of You, High, Just One Kiss, Lovesong, Just Like Heaven, Last Dance, Fascination Street, Wendy Time, Push, Inbetween Days, Play For Today, A Forest, Primary, Want, 39, One Hundred Years

Encore: Lullaby, The Caterpillar, The Walk, Doing The Unstuck, Friday I’m In Love, Close To Me, Why Can’t I Be You?, Boys Don’t Cry

At the end of the show Robert said: ‘Nkyou and enjoy the rest of… (it?)… and happy birthday! See you again soon…’