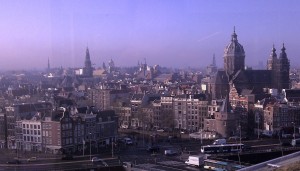 Today The Cure announced a 30-date tour across Europe in the Autumn of 2016, their first major European tour since 2008. They will also be playing in the Netherlands on November 13th. The concert will take place at the rather new 17.000 capacity venue the Ziggo Dome in Amsterdam, which will be a first for The Cure. They will be breaking with the tradition of playing at the Rotterdam Ahoy’ Sportpaleis, which The Cure visited 8 times since 1985. The last time they played in Amsterdam was in 1984.