Thank you for visiting. This is a fan blog about the English new wave band The Cure and their adventures in the Netherlands.

For visitors outside of the Netherlands: ‘Holland’ and ‘the Netherlands’ are often used interchangeably for indicating the same country in the Northwest of Europe. However, formally, I think ‘Holland’ only refers to two provinces in the west of the Netherlands. Since this is already complex enough, I will just use both names randomly.

I guess you could say that The Cure and Holland have a special history together. In 1979, the band played their debut gig abroad in the city of Groningen, in the north of the Netherlands. The second LP Seventeen Seconds earned the Dutch gold status. In 1980 The Cure played 15 (!) concerts in this little country. And in 1981 the band did a 10 day tour across the Netherlands in a circus tent, exclusively for the Dutch leg of their Picture Tour.

On this blog I intend to post hopefully interesting stories about these and other events. Feel free to drop me a mail. I love receiving new and old information about Cure concerts, photos, paper cuts, magazines, media and other memorabilia, band encounters, stories, memories…

About myself – I live in the city of Utrecht, right in the middle of the Netherlands. I’ve been following The Cure actively since late ’85. The first time I saw them live was at the Ahoy’ Sportpaleis in Rotterdam on 5 November 1987, which was the second of two nights at this venue. Since then I attended all their Dutch shows and some abroad.

For mobile viewers: if you flip your phone to horizontal (landscape) mode, this blog looks and reads better.

This website is in English (or Dunglish ;-)) in order to make the information more accessible internationally for those who are interested. Of course, emails in Dutch are most welcome! 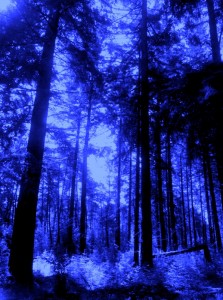